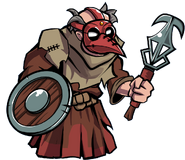 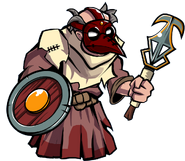 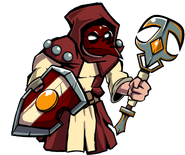 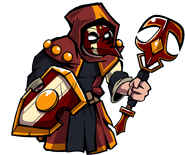 Bandit Cleric: “Come, come now… why not tell me all that ails you, hmm?”

Bandit Cleric +: “You'd be surprised how much poisons and medicines have in common.”

Bandit Cleric ++: “All of my patients sing praises of my work - those that live, anyway.”

Bandit Cleric +++: “I promise I will do no harm… I can't say the same for my tonics, however.”