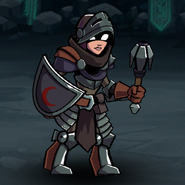 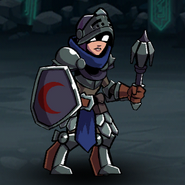 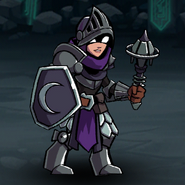 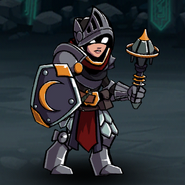 Valiant Chaplain +: “After the fall of their homeland the Chaplains lost their sacred relics - meaning they're unable to induct new members into the order.”

Valiant Chaplain +++: “A Valiant Chaplain practices the arts of healing, but one of their most important functions is performing the death rites on their fallen allies, in the custom of their lost land.”